A trip to the tropical EU

Here we go. I’m joining the bandwagon of blogging and I decided that a good way to get into it would be to write a travel post. You know that way I can distract people with pretty pictures. 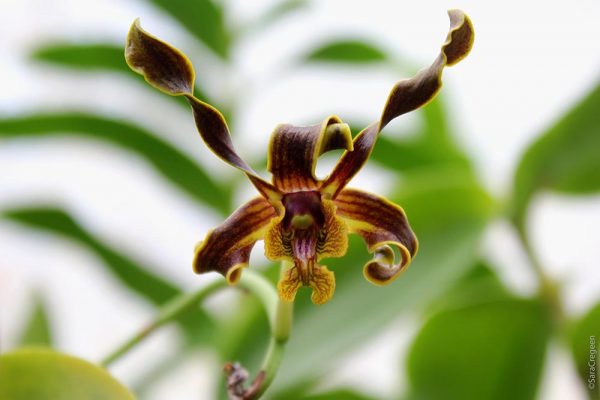 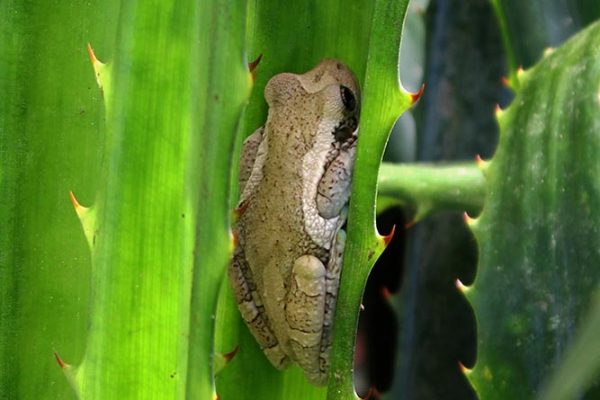 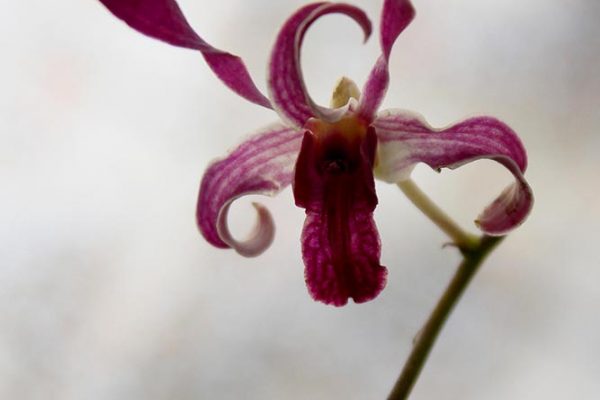 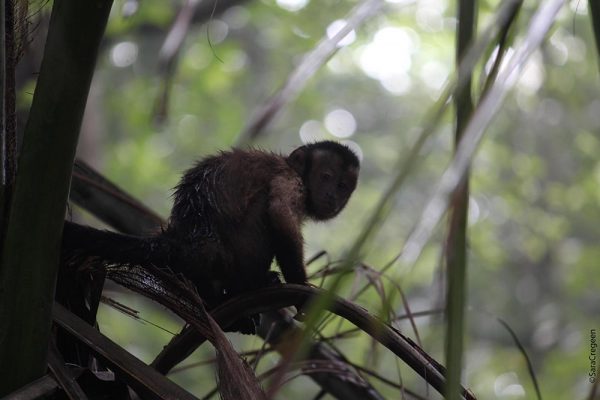 We recently went for a month holiday to French Guiana. When I first heard of this country, I’m not embarrassed to admit, I had to google it and found that it was actually in South America. It’s one of the tiny countries in the North situated between Brasil and Suriname. Because it’s an actual region of France it is, of course, also part of the European Union. You could think great, then it must enjoy a lot of the benifits of this arrangement, but being part of the EU bureaucratic machinery actually brings a lot of challenges to this tropical country, all the way across an ocean from mainland Europe. For example, a lot of things, such as dairy, glass, white goods, building materials, have to be brought from France so that they comply with EU regulations and can’t be imported from any of the closer countries. I found it fascinating that there are no exceptions to these regulations, that would take into account the tropical conditions and geographical position.

We were there during the rainy season, which also coincided with mosquito season. The rain was great because, it provided a nice cool down three or four times a day, and it also gave some relief from the mosquitos. My overall impression of French Guiana was great, but then give me nature with an abundance of birds and wildlife and I’ll be happy. The country itself has a fascinating history, although a lot of it has the bitter taste of colonialism. As a result it’s a melting pot of cultures, some of which are trying to continue to maintin a traditional way of life. Something that is often at odds with the modern world of rules, regulations and technology that we live in. I’m often amazed how bad we are as a species to integrate more than one way of life and how the ‘more proressive’ always seem to crush everything else. But that is a whole different can of worms and I won’t go into it here. For now I just hope that they will find a way to continue to co-exist. 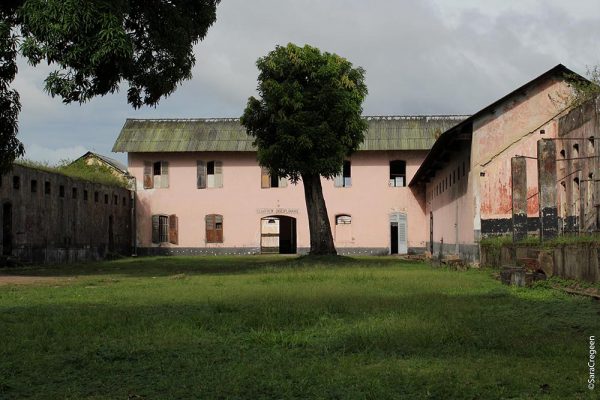 Courtyard of the prison in St Laurent du Maroni. The town now houses the Transportation Museum and is a main access point for entering the neighbouring Surinam. 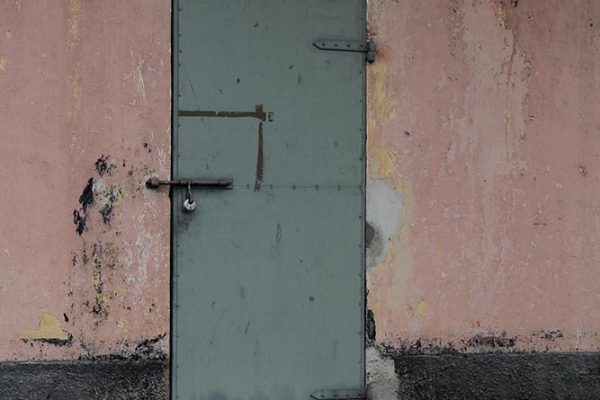 Entrance to one of the group prison cells, St Laurent. 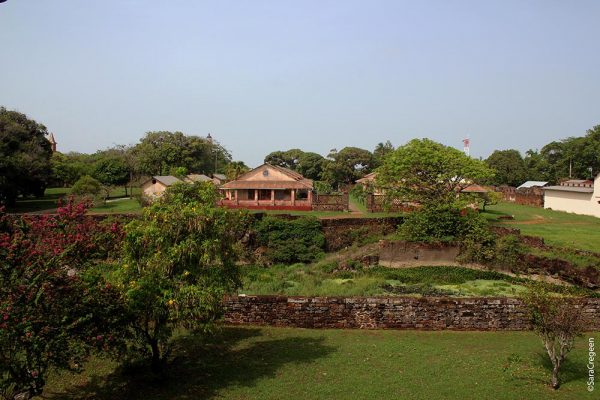 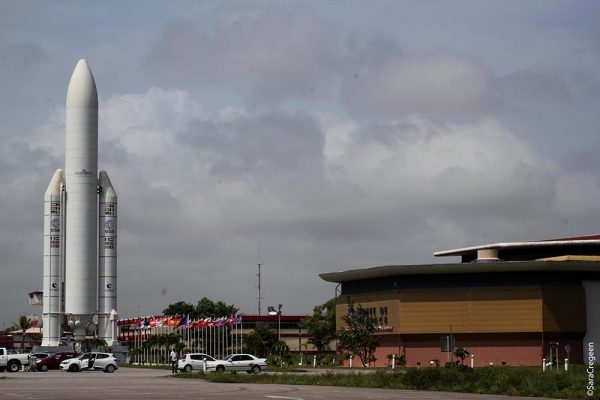 As a former French colony it had the role (as many overseas territories of the former ‘great’ colonial superpowers did) of being the destination for the unwanted people in a crowded homeland. Of course these were mostly the poor and displaced, not necessarily hardend criminals. People could be deported for, what we consider small crimes these days, such as stealing, pickpocketing, etc. The sentances ranged from a few years with the option of being allowed to return home, years in the colony with no option of going back home, to a certain death sentence overseas working in the forest camps. That is if you survived the journey there in the first place. The prisons of the colony were also reserved for those needed to be made an example of, with various political prisoners, such as Alfred Dreyfus, finding a home there. Other prisoners of the penal colony, such as Henri Charrière (or Papillon), managed to inspire stories of daring escapes and tried to talk about the hardship of a life in the prisons. Henri wrote a book about his imprisonment that was even turned into a film and still attracts visitors to the St. Laurent Transportation Musem (a rather benign name for what it was) wanting to see his prison cell. Today the strategic importance of French Guiana is the location of the Centre Spatial Guyanais (CSG) in Kourou, from where the European and French Space Agencies as well as various commercial companies conduct launches.

Probably one of the best experiences for me was staying in a tree-house camp (Canopee Guyane) and climbing 36m up a tree to view the sunset above the jungle canopy. We started with a two hour boat trip down the Kourou river in a traditional boat, called a pirogue. In those two hours, we got rained on several times, saw several species of birds, an otter, a snake on a sandbank, huge spider webs on the vegetation – it was amazning and of course I couldn’t photograph anything because there was the constant danger of a tropical downpour. 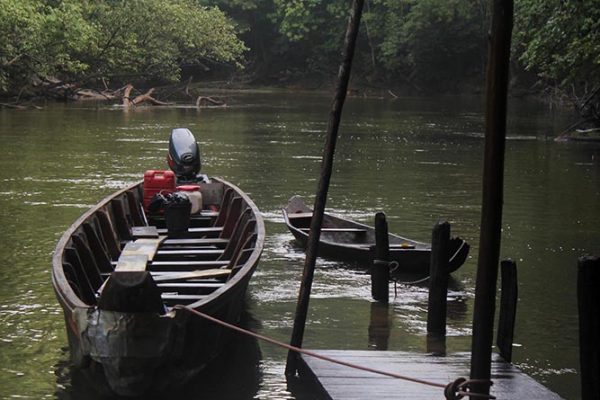 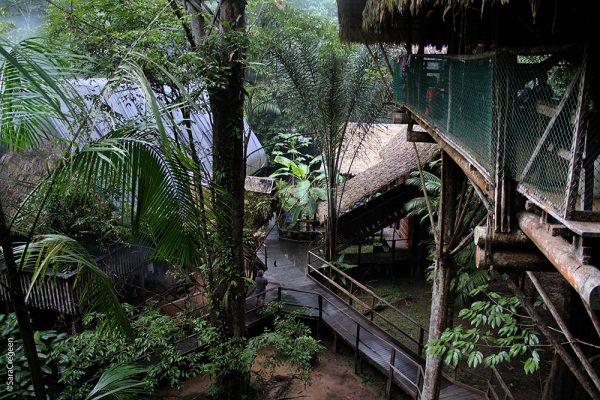 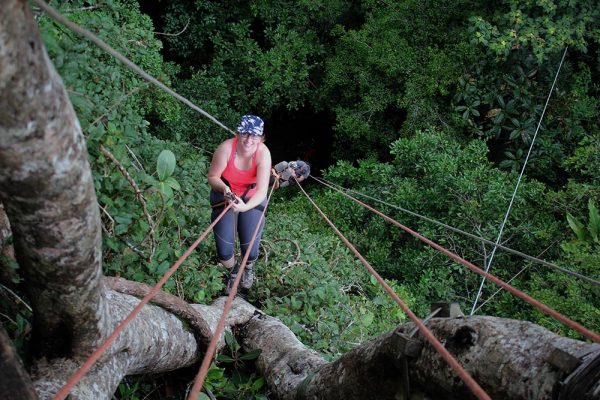 Climbing a tree to the platform at 36m. 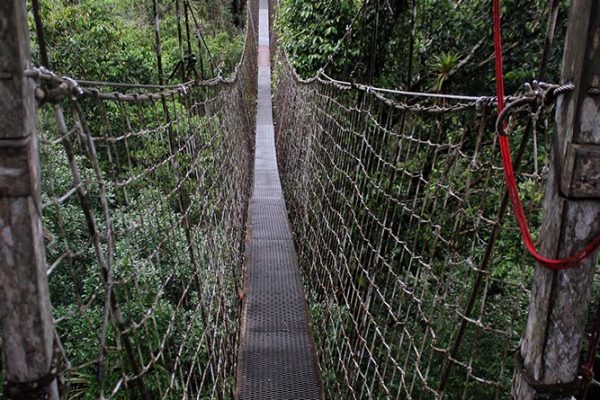 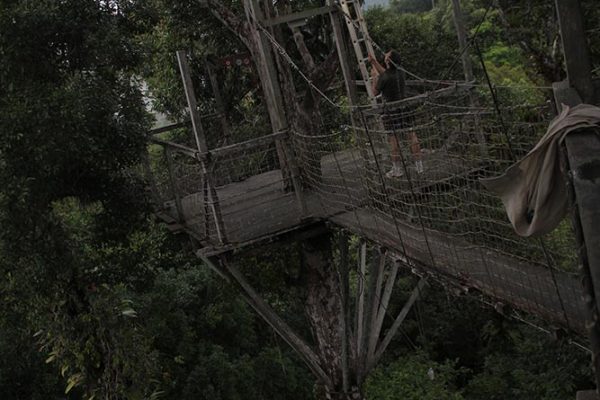 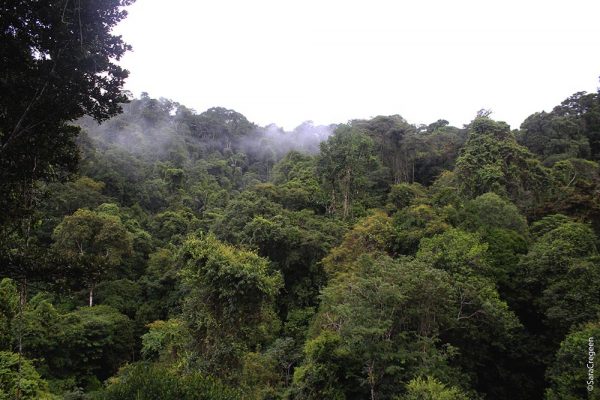 The stay at the camp was overnight (sleeping in hamocs in tree-houses 10m above ground) and the overall hospitality was great, including the traditional offer of lots of different types of rum. I would soon come to realise that the ‘Ti Punch’ is something you can expect on every trip in French Guiana! But of course the main event was ziplining into the jungle from a 15m platform, then climbing a rope up to a viewing platform at 36m height. I was terrified, both because I’m afraid of heights and wasn’t sure I was physically fit enough. Both fears turned out to be easy to deal with though and the feeling of getting to the top was amazing. We stayed at the top until sunset and decended the same way in the dark (apparently this helps with vertigo). The added excitment came when as we were decending in the last pair of the group, a sudden tropical downpur surprised us and we arrived at the base of the tree completely drenched. Truly a memorable experience! 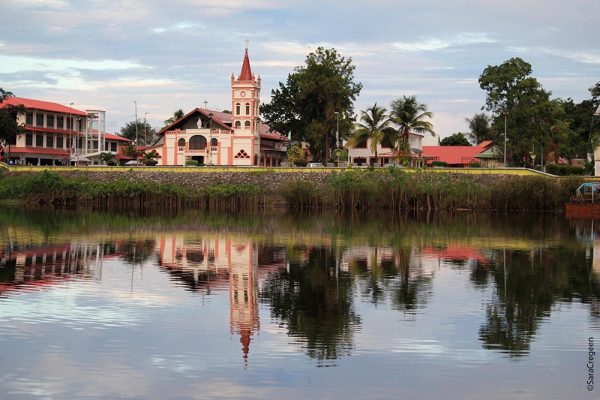 View of Sinnamary from the river. 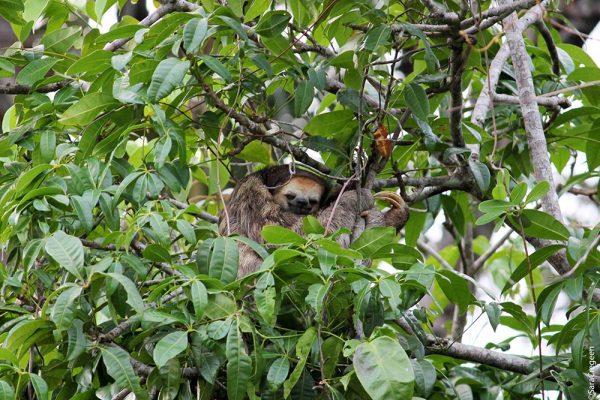 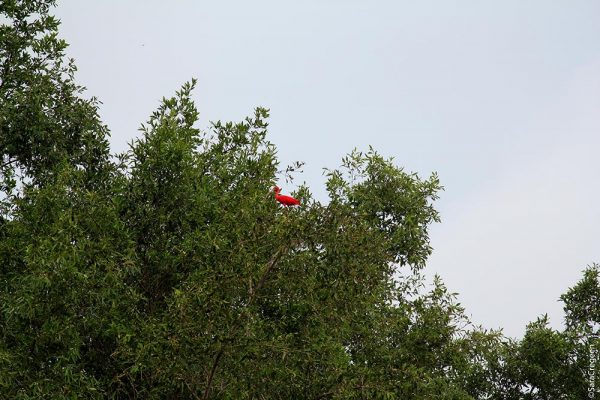 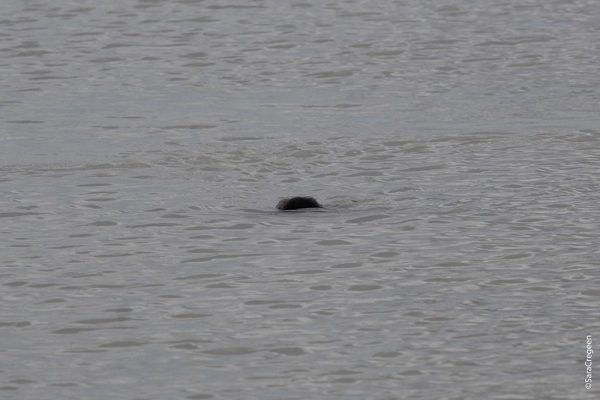 The nose of a manatee (honestly!)

The small town of Sinnamary was the starting point for a boat trip to the Sinnamary river’s estuary where a Scarlet ibis nesting colony can be found. It was a wonderful evening on the water (Ti Punch included of course!), surrounded by wildlife. My proudest moment was spotting a sloth in a tree on the river bank. I had the moment of panic that it might get away before I could adequately photograph it, until I realised it’s a sloth and they don’t move much! We also had the opportunity to watch an eagle fishing, manatees teasing us by only poking their noses out for a breath and many other birds feeding on the mudbanks.

The trouble of writing a travel post about a month-long holiday is that I can’t write down all the awesome experieces and have to make do with the highlights. Next time my aim is to write something as we go, but also try to capture the people of the country better. Photgraphing wildlife is realitvely easy (I’ve found at least), but the people and the cultures are also a big part of the story.

To finish up, here is a selection of some of my favourite animal photographs. I hope you’ve enjoyed this post and keep tuned for the next travel adventure! 🙂 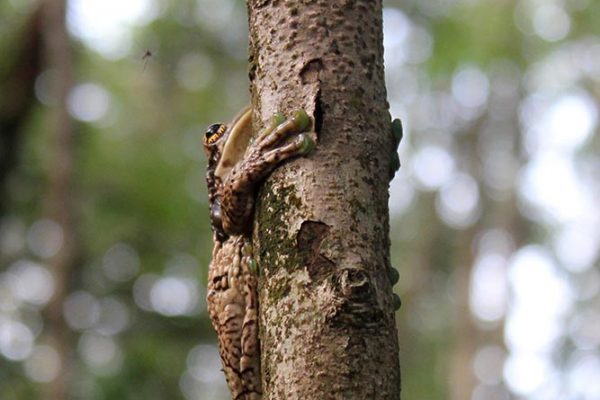 Found this frog on a walk in the jungle. 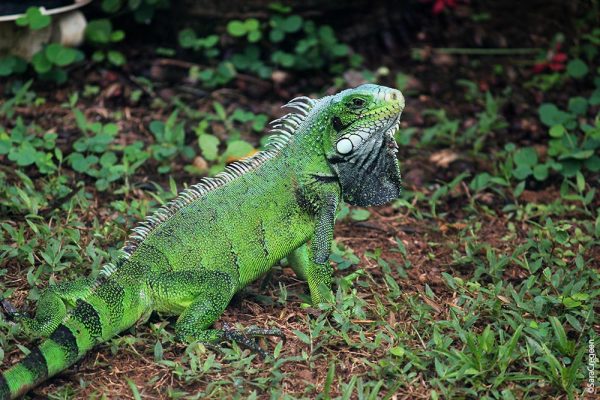 Iguana spotted in the garden. 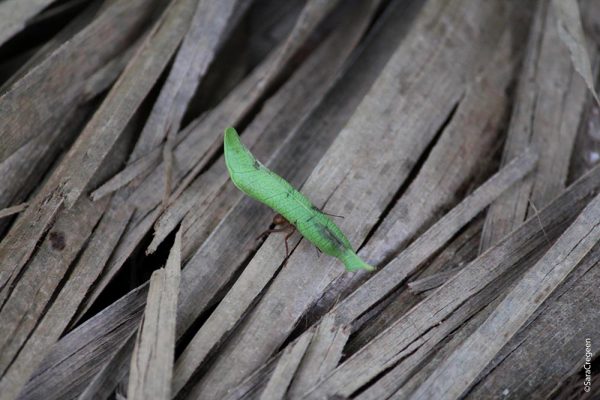 An ant carrying an awesome weight. 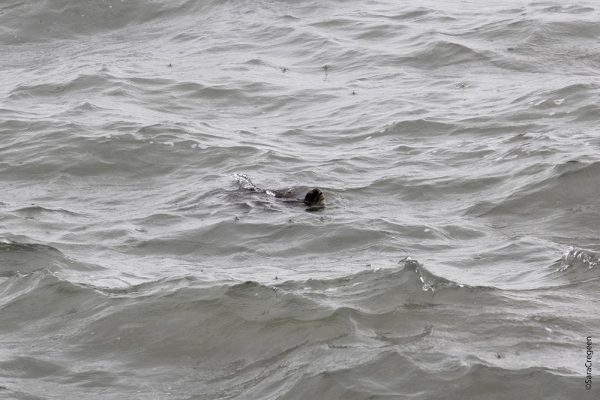 A trutle catching a breath of the coast of Isle Royal. 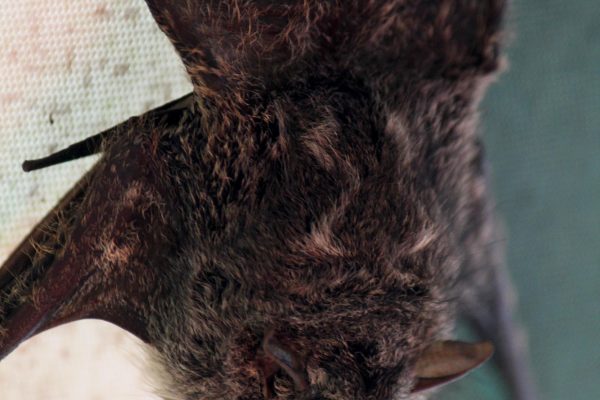 A bat coming in from a nights hunting. 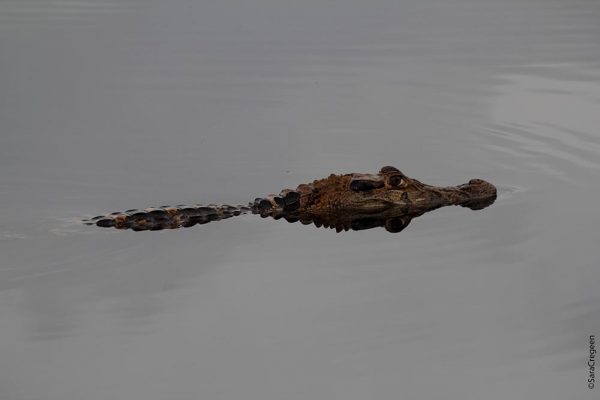 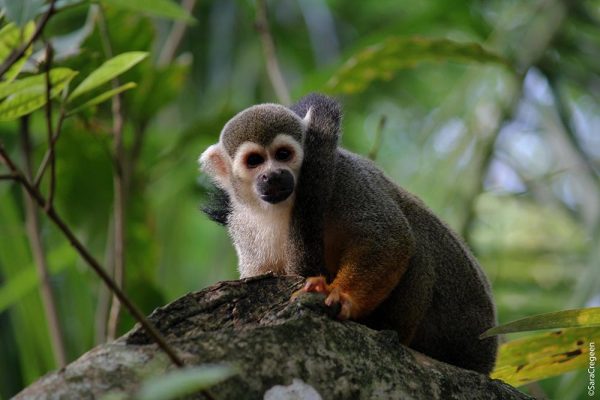 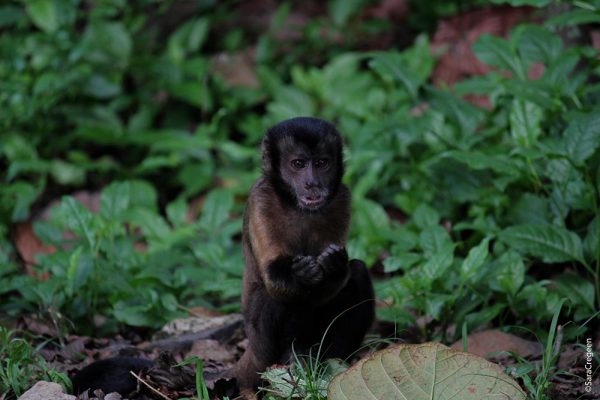 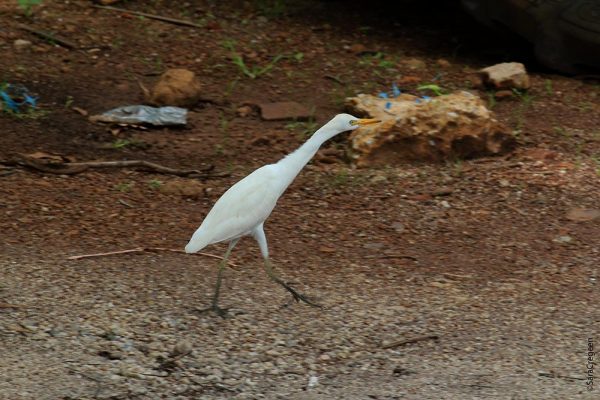 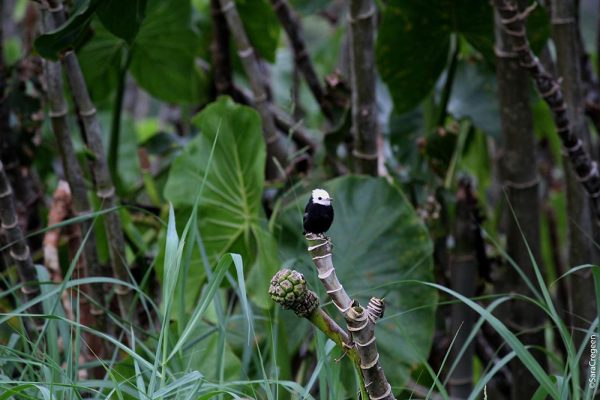 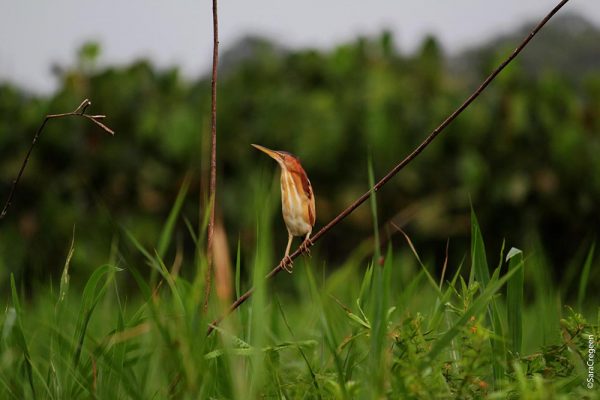 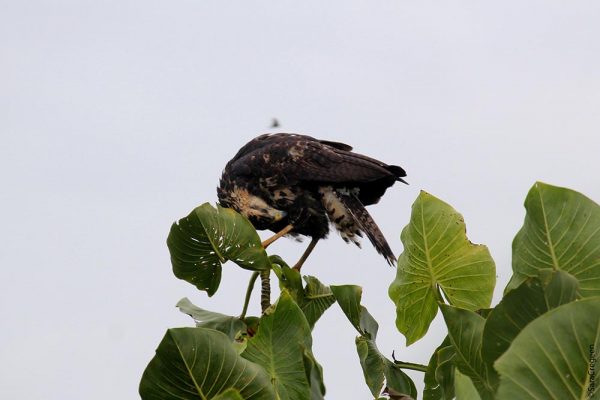