A snowy escape to the mountains 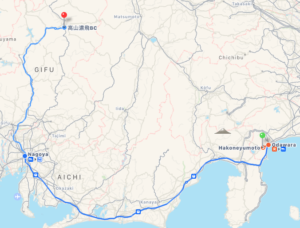 After a short break …big life changes and all that… my Japan story is back. The next stop on our trip was the quaint little town of Takayama, located in the mountainous Gifu Prefecture. This was probably one of our longest train journeys, but the ride on the Limited Express Hida train was really worth it! Although not a shinkansen train, it was very comfortable and offered some spectacular views of the mountains and river gorges. It even included some commentary over the PA! Arriving in Takayama after 5 pm was not the best desicion though, because all public transport and most restaurants close after 5 pm. We did make it to our onsen hotel and even managed to ‘forage’ some food.

One of the main attractions in Takayama is the Hida-no-sato Folk Village. It is an actual village made up of houses recreated based on the designs of the region. They show the evolution of the strong tradition of craft in the region and represent different time periods. Displays include all aspects of silk making (from silk worm cultivation to the production of silk), weaving and kimono making, wood-carving, laquer work and simple everyday life of the farmers, craftsmen and women. Winter was probably not the ideal time to walk around an open air museum, where you have to take off your shoes a lot to get the full experience. We didn’t regret it though and kept our minds off the cold with a quiz about the displays that even won us a prize! 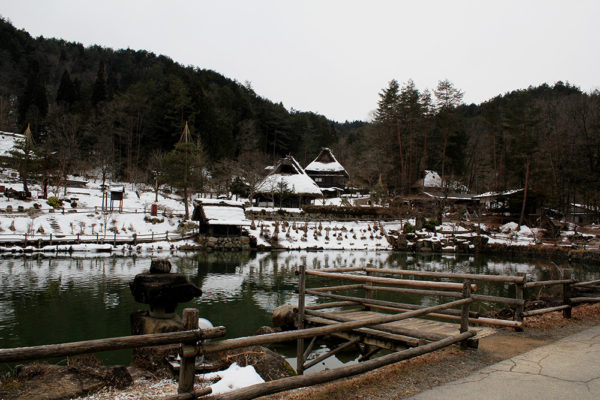 View of the village from the lake 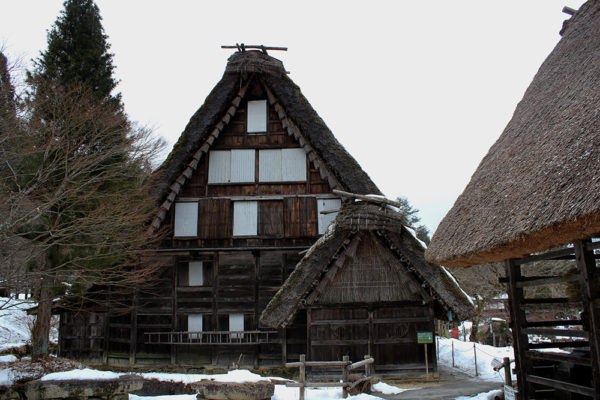 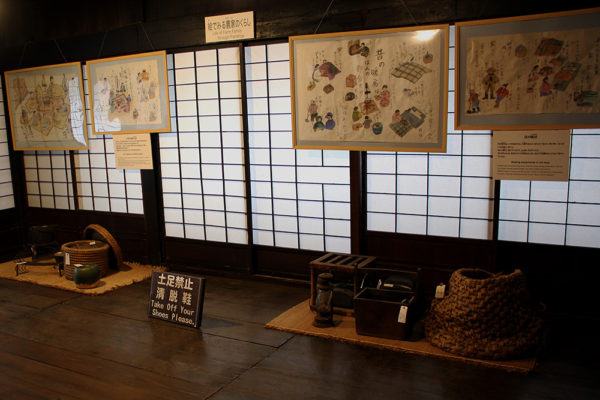 Life of a local family display 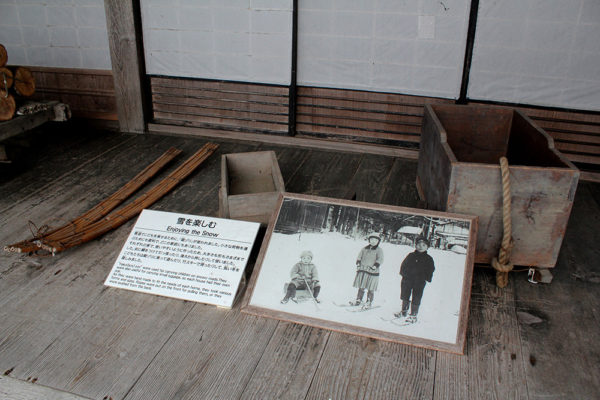 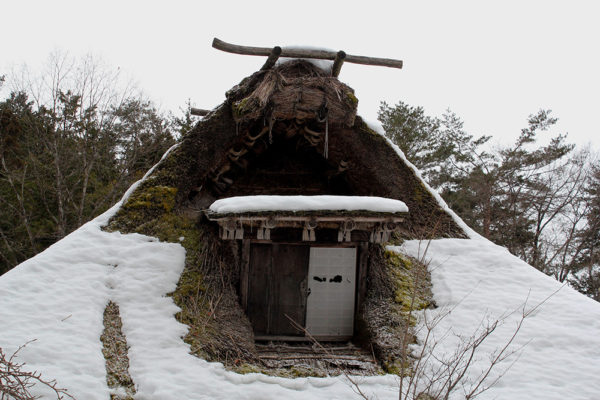 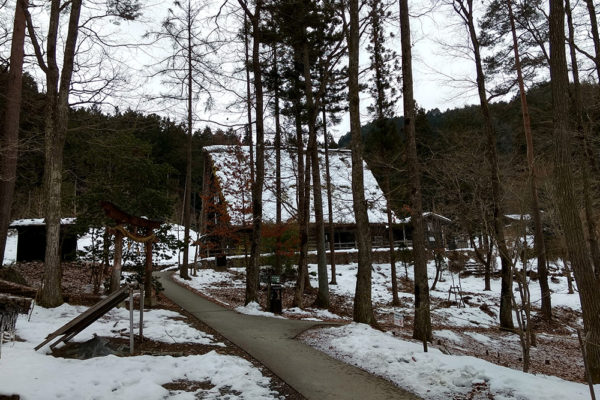 Snowy path with torii gate on the left 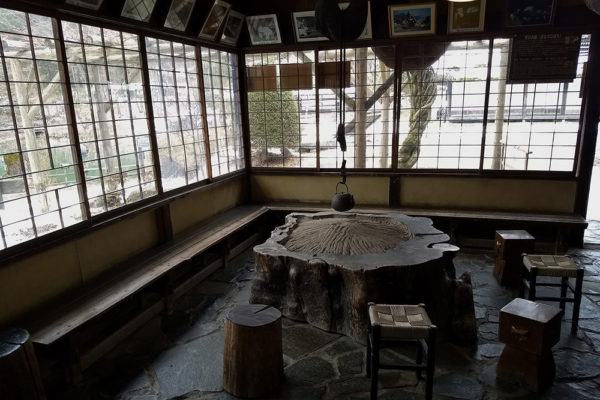 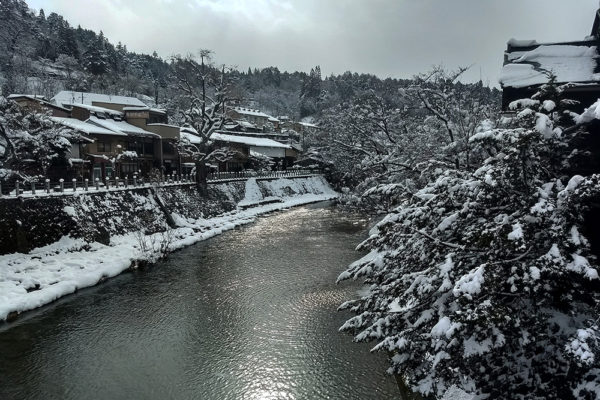 Takayama in the snow

Takayama is also famous for it’s well preserved Edo period historical old town with wooden merchant houses that now contain shops selling local crafts, little street food shops and sake breweries. It started snowing while we were there, transforming the streets into a beautiful winter wonderland. We took shelter in a sake brewery that was offering free tours and tastings – the breweries in town take turns in opening their doors to the public. 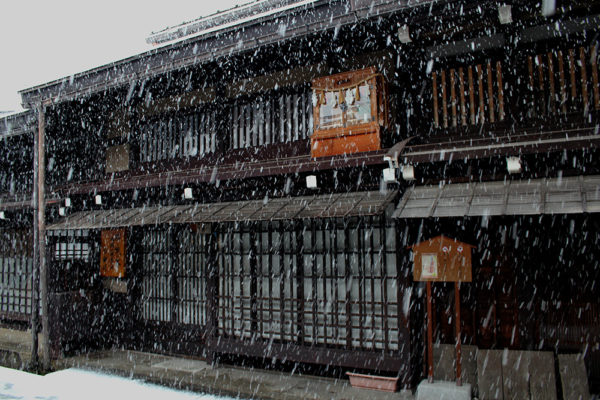 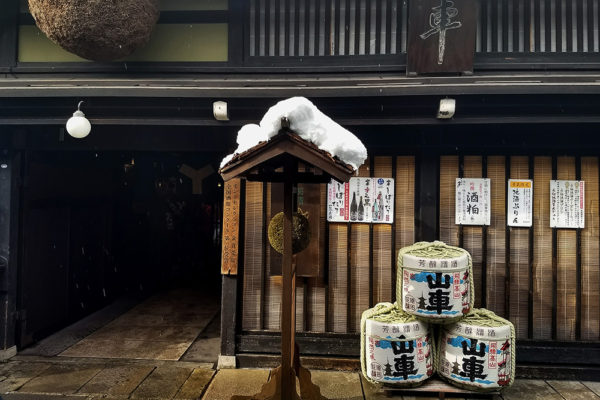 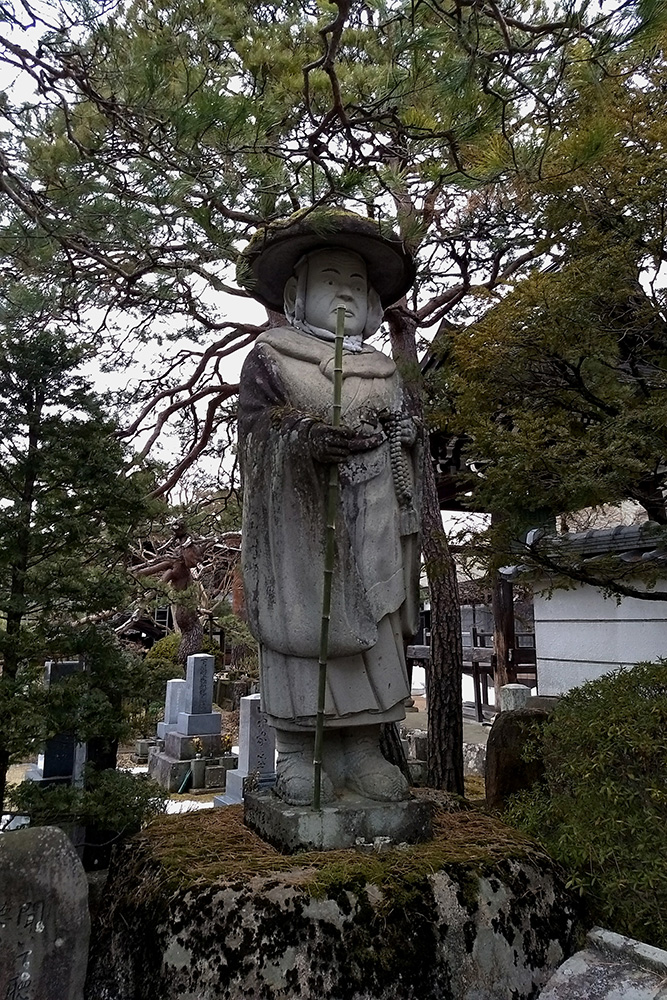 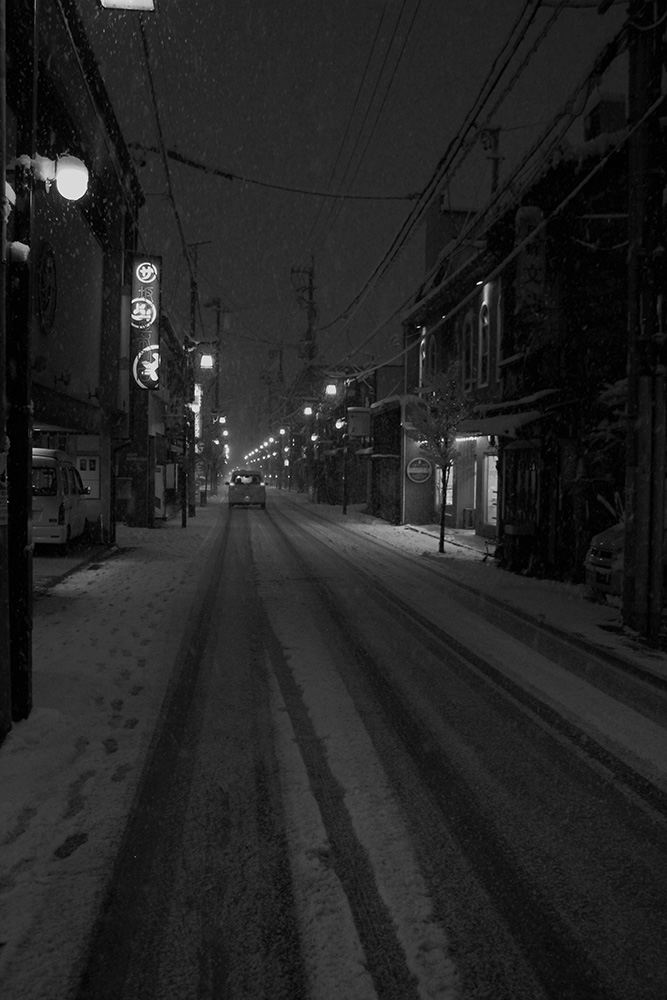 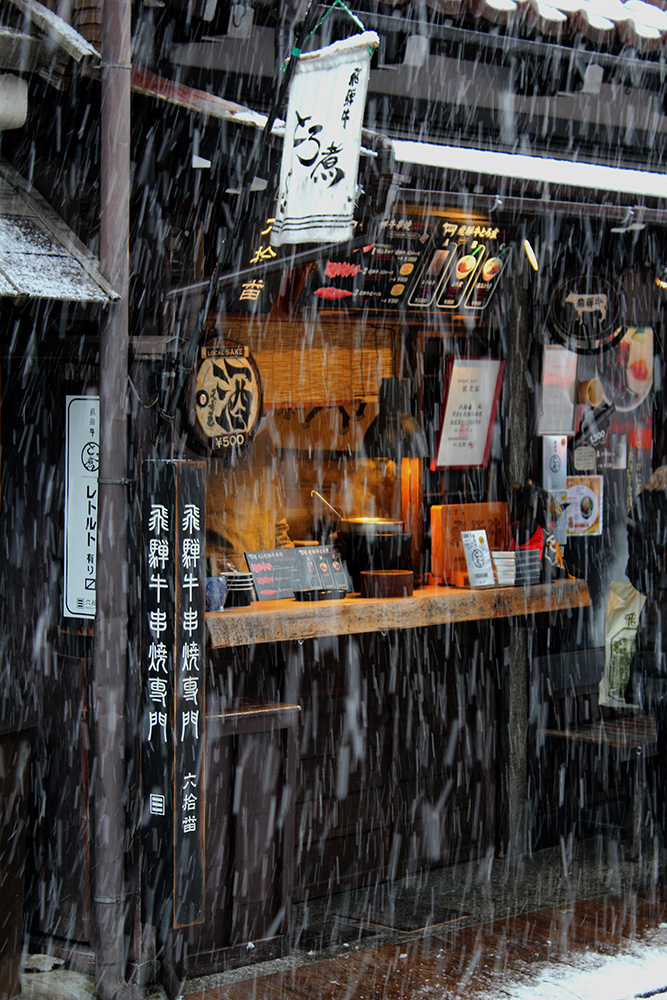 Street food in the snow, Takayama

There are many museums to visit in Takayama, from history, art to local craft, but we only had time for one and we chose the Takayama Shōwa-kan Museum. A museum celebrating the Showa period with displays and memorabilia focusing on 1955-1965, a time of optimisim between the post-war malaise and high economic growth period. It’s a fascinating mix of traditional Japanese and retro Western culture. The museum itself is set up as a small town with streets and rooms representing various aspects of life, such as a classroom, barber shop, restaurant, police station, etc. Most of the displays are interactive so it’s very easy to spend hours in there! 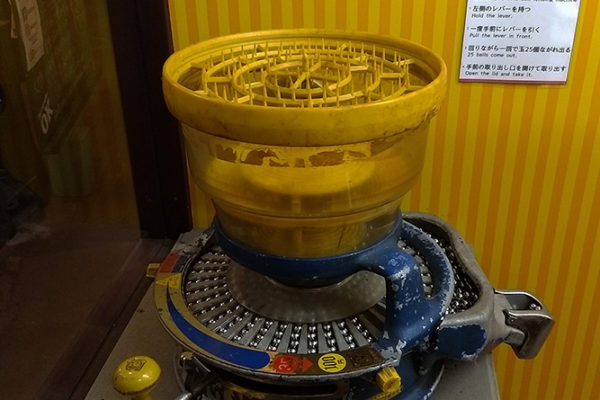 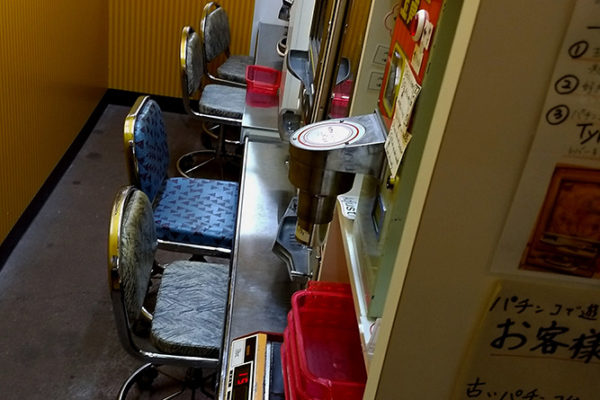 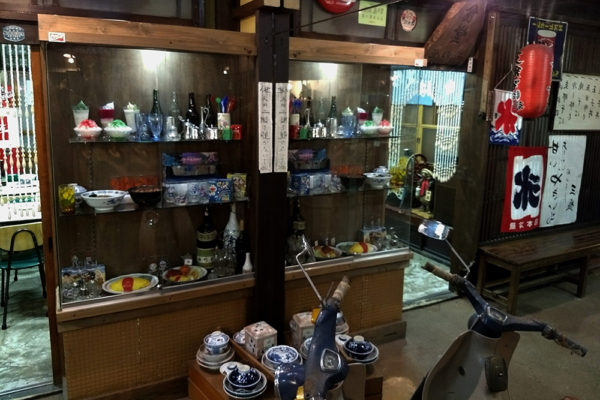 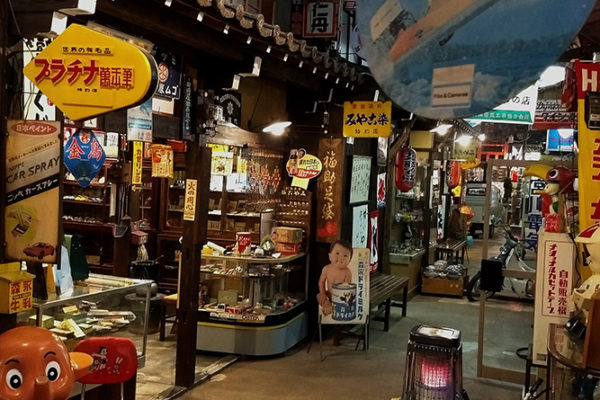 A street in the museum 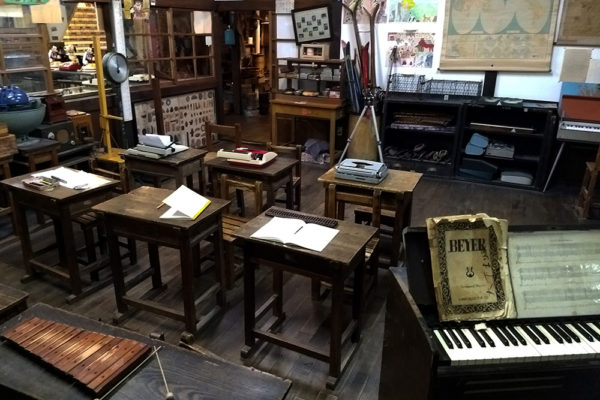 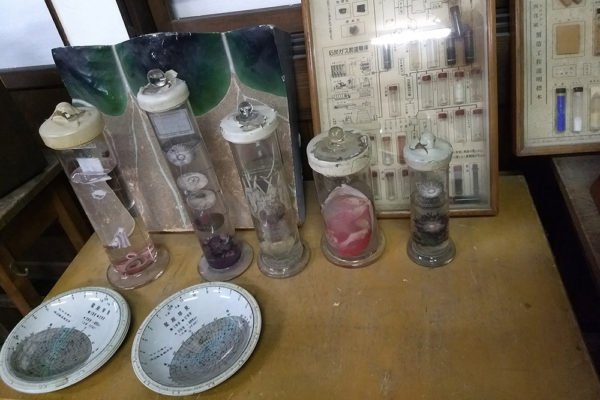 Takayama will definetely stay with us and we would love to visit again, ideally during one of their festivals and in a better season to explore the surrounding nature. As we travel around Japan I realise more and more how important food is to the local identity of a region, even town, and Hida-Takayama is no different. They are famous for Hida beef and it shows in the various street food stalls that line the old town. We of course had to sample them all! We had probably one of our most delicious meals here (and the competition was stiff!), as well as found a wonderful coffee shop ‘The Traveller Coffee House’ that offered us a needed caffein boost and some great conversation. But all of that is another story!